States of The Nso Paramount Fondom

Nseh, Din, Nkar and other Fondoms are vassal states of the Paramount Kingdom (Fondom) of Nso. Mbiame and Oku are offshoots of the Nso dynasty and are considered Fondoms of higher status than the vassal states named above. Here is the brief chronological history that better explains the origins of the above Fondoms. But first, let us revisit the history of the Nso dynasty.

Origins of The Nso Dynasty 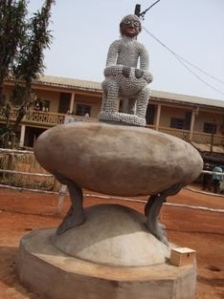 The Nso dynasty is an offshoot of the Tikar dynasty. The Tikar dynasty was founded around 1299 by Princess Wou-Ten (a Princess of Nganha whose real name may have been Betaka) at Rifem or Kimi (present day Bankim in the North East of Cameroon's Western Province). When Tinki the Tikar Fon died in 1387 a bloody battle for his succession ensued. The rightful heir to the throne Nchare Yen was passed over for his half brother Mveing(1387–1413).

Because of Mveing's sanguinary attitude towards perceived rivals, Nchare Yen (1394-1418, founder of the Bamoun Dynasty in Foumban) and his brother from the same mother Mbe (Mfombam – founder of the Njitam Dynasty in Bafia, after whom Nchare Yen named Foumban) decided to leave with their followers. When Nchare Yen and Mbe (Mfombam) decided to leave, their elder sister (from the same mother) Ngonnso wanted to leave with them but they refused because she was already married. Nchare Yen and Mbe, left without Ngonnso. When the brothers realized Ngonnso and her supporters were following them, they cut the bridge over the Mape River (a tributary of the Mbam river) after crossing. Ngonnso and her followers unable to cross the Mape, decided to move west along the banks of the Mape and founded the Nso dynasty. The name NSO is believed to have been derived from her name "Ngon – Nso" (Nso Lady or Yennso – mother of the Nso people as she preferred to call herself).

Yennso led the Nso people to Mboh Nso, to Ndzen Nso (around Ndzevru in present day Mbam) and finally to Kovvifem where they meet the Visali or Nso Mtaar (aboriginal Nso people). Ngonnso and her people struck a deal with the Mtaar that formed the crucible of the present Kingdom of Nso.

When the Fon of Nso "Ndze Mbiame or Tar Mbiame" (name doubtful) disappeared (died) around 1575 in Kovifem, a succession dispute between his son Mbiame who thought he was the rightful heir to the throne and his half brother and successor Tar (Ndzeh) Mbiame II, led to Prince Mbiame who could not accede to the throne to leave Kovifem with his followers and settle near Mboh Nso.

Surprisingly, Mbiame did not immediately declare himself Fon until the incident of the Leopard hunt. Mbiame could not eat the leopard since he was not Fon and could not submit himself to the humiliation of delivering the catch to his brother the Fon of Nso whom he considered illegitimate, so he allowed the catch to rot. Mbiame eventually declared himself Fon after the insistence of his followers and founded the Mbiame dynasty. The Mbiame Fondom however remained collaborative with the Nso dynasty and throughout the years accepted a position of subordinate sub-Fon to the Nso dynasty.

Around 1650 when Fon Tarmekuu (name again doubtful) disappeared (died) there was another succession fight between the successor Fon Koontum and his brother Prince Vikuu (Oku). The succession dispute forced Prince Vikuu (Oku) to leave Kovvifem with a few supporters and settle in the Ngonbaa forest.
A series of devastating Fulani (barah nyam) slave raids almost wiped out Kovvifem. Around 1665, Koontum's brother and successor Fon Sango I (or Dzeni) escaped one of these raids and sort refuge in Ngonbaa with Prince Oku, whose following had grown significantly but who at that point had not yet declared himself Fon.

After calm returned, Oku and Fon Sango I made the Ngoonbaa pact where the Fon recognized Oku as a Fon in his own right, with the caveat that Oku would continue to be considered an offshoot of the Nso dynasty. Oku then moved west towards Kom, where he conquered some Kom and Kijem vassal states, brought them under his rule and started the Oku dynasty.

Fon Seembum I or Sehm I (1800 – 1840) and his son Tar Manjong (1840 – 1875) did a lot to expand Nso by conquest. They first conquered Nseh and the Noni Fondoms and signed pacts with them in which the former retained their Fonships but became subordinate vassal states of the Nso Fondom.

The most difficult Fondom to capture was Din. The famous "Mo Nso e ko-on fe Din" (as bad as the Nso trip back from Din) phrase is testament to the difficulty Nso had in subduing the Din Kingdom. It took Tar Manjong's son Fon Seeembum II or Sehm II (1875 – 1907) to conquer Din in 1882 and "sign" a pact that made Din a vassal state with full Fonship rights.

While Nso was still in Kovvifem an unsuccessful attempt was made to conquer Nkar around 1720 by Fon Ndzefon. The Nso attack was repelled by the combined forces of Nkar and Bamoun.

Nso had to wait until Fon Seembum I or Sehm I (1800 – 1840) decided to move the capital to Kimbo around 1810. It took almost 10 (ten) years for Nso to dislodge Nkar to their present location. Nkar was made a vassal state and because of their stiff resistance they lost their language but retained their Fonship. Nso finally settled Kimbo around 1825 and Nkar to this day remains an important vassal state of the Nso dynasty.

More still needs to be researched and written on what we have touched on here. Please consult the cited references below and the bibliography you will find in those references.

01 "An introduction to Nso Culture", Vol. I, by Faay Woo Lii Wong (Joseph Lafon), 2001
02 "Introduction to Nso History ", by William Banboye, 2001
03 "Nso Historical Timeline: An Illustrated and Annotated History of the Paramount Tikar Kingdom (Fondom) of Bui in Northwestern Cameroons", by Shey Shiyghan Stephen Shemlon, Ph.D (STILL TO BE PUBLISHED)

Did you know that Starbucks sells coffee from Mount Oku in Bui Division? 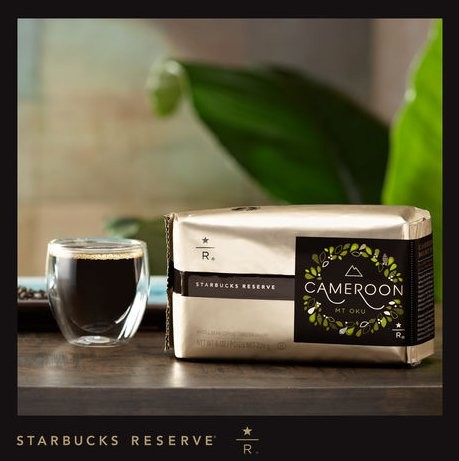